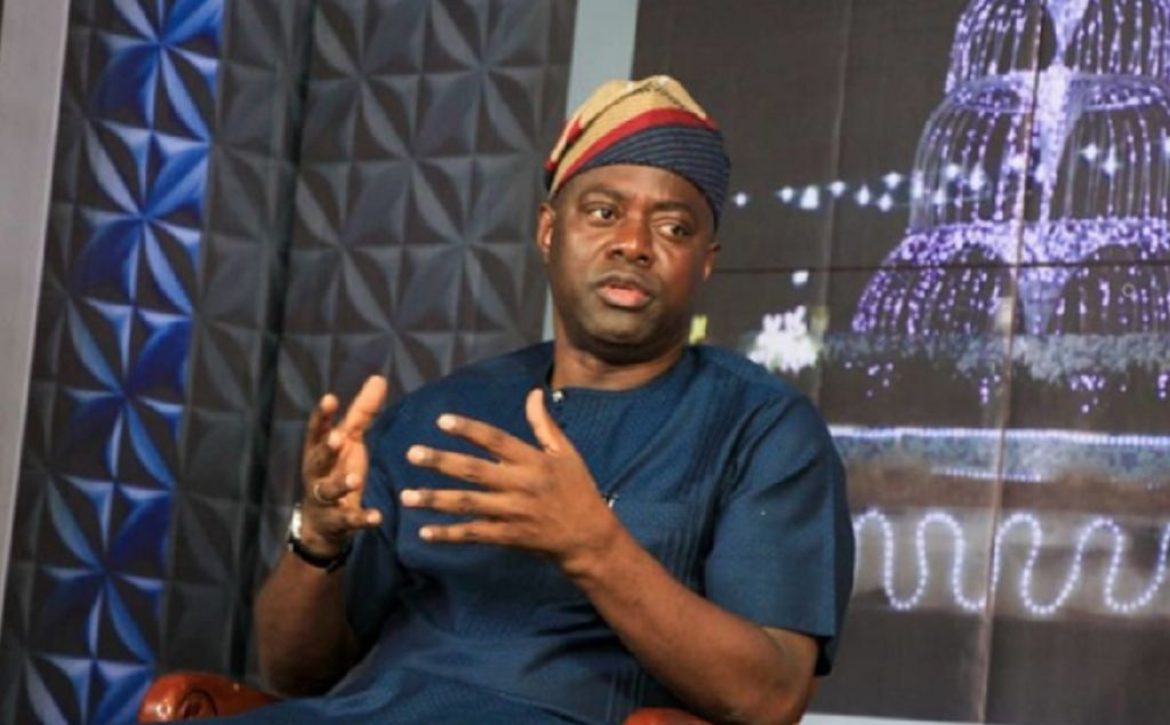 Oyo State Governor, Engineer Seyi Makinde has again been commended for creating job opportunities for the teeming youths in the State despite the economic realities in the country.

The Chairman, Civil Service Commission, Oyo State, Alhaji Aderibigbe Kamoru Abiodun said this during an interview by journalists in his office on Wednesday in Ibadan.

Kamorudeen applauded the Governor for his openess in running the affairs of the State, most importantly, in matters  that concerned the civil servants.

He expressed his delight in the love and support the Civil Service Commission and the entire workforce is receiving from Governor Makinde.

The Chairman explained that the Commission, which is saddled with the role and mandate of recruitment, promotion and discipline of staff has got the support of the Governor for the exercises, which has made it possible for the Commission to record many achievements within the shortest period.

On recruitments, Alhaji Aderibigbe stated that the Makinde-led administration has within two years recruited thirty State counsels for the Ministry of Justice, sixty Environmental Health personnel for the Ministry of Environment and Water Resources while seventy-two officers were converted across all cadres, an exercise he assured was ongoing, as according to him, three hundred conversion applications were being processed.

The Commission, according to Aderibigbe is almost concluding the recruitment of six hundred and ninety two Education Officers as approved by the Governor, saying that all appointments were based on merit.

“It is worthy to state that all appointment and recruitments are based on merit, evaluated through computer based test and interview considerations.

“On promotions, all Ministries, Departments and Agencies have submitted their interview results, and every worker who has reached his or her maturity period will be promoted.

“Those to be elevated include workers without blemishes in their careers and those with good results in their performance records.”

Alhaji Aderibigbe however clarified that some categories of promotions will be subject to vacancies as declared in the ‘estimate’.

In the course of the interview, the Chairman affirmed the receipt of several petitions, from those wrongfully dismissed or retired by the immediate past Government.

The Civil Service Commission Chairman reiterated the commitment of Engineer Makinde to working in line with the dictates of the constitution, rule and regulations of the State in his dealings with the workers, saluting the Governor on behalf of the workers for his commitments on prompt and regular payment of salaries, allowances and promotions and especially, the increments in both car and housing loans.

He used the occasion to advise workers to be more dedicated and productive in their workplace.

The Oyo State Government has released the cut-off marks for successful applicants who wrote the Computer Based Test (CBT) for the recruitment of Education Officers, between Tuesday 6th and Wednesday 8th April 2021 at the Bayo Akande Hall, University of Ibadan, Ajibode, Ibadan.

The Chairman, Oyo State Civil Service Commission, Alhaji Aderibigbe Kamorudeen Abiodun, confirmed this, during a chat with   journalists on Monday.

The Chairman affirmed that all necessary steps and due considerations have been taken before concluding on the cut-off marks for each of the twenty six  subject areas on which the applicants were tested.

He added that some others also posses second-class honors, upper and lower divisions while very few of them had third class in their special fields.

“You will recall that the Civil Service Commission, had between Tuesday 6th to Thursday 8th April 2021, conducted the Computer Based Test for prospective Education Officers, only Five Thousand, Two Hundred and Sixty-Six (5266) out of the Fourteen Thousand applications received were shortlisted, through the States job portal.

“A total of Three Thousand, Three Hundred and Twenty One (3321) finally sat for the Computer Based Test (CBT).

“Only Six Hundred and Ninety Two vacancies exist for the Education Officers Cadre and the best applicants will be recruited, based on their qualifications, performance at the CBT and the Commission’s interview.”

According to him, the Consultants, who are education experts, will conduct the interview to ascertain the capabilities of the applicants and genuineness of their credentials.

Alhaji Aderibigbe noted that all the successful applicants will be given two weeks notice to be aware of the interview dates so they can access and print out letters of invitations for the interview from the Oyo State job portal.

Alhaji Aderibigbe further applauded the magnanimity of the Oyo State Governor, Engineer Seyi Makinde, for allowing merit and competence as well as consideration of geo–political zones in all recruitments, to avoid lopsidedness, because according to him, the Governor was elected by all the zones in the State.

Commissioner for Information, Culture and Tourism,